hi, nice to meet you

Meet the dedicated and passionate people who work hard every day to deliver an exceptional experience to our clients and talent. 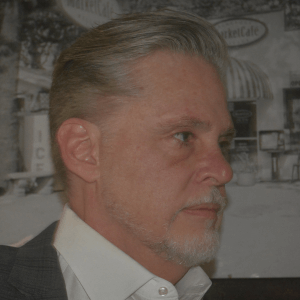 For more than a decade Scott Marecek, a native Texan, served his passion for community and education in a people facing position in K-12 Education. The responsibilities of the role provided tremendous career satisfaction. In 2006, a fork in the road provided the opportunity to explore other rewarding pursuits. The staffing industry found Scott. He relocated to Memphis, accepted a role with a staffing agency and planned to transition to a better fit quickly.

As the saying goes, “The best-laid plans of mice and men often go awry...”. As it turned out the new role is staffing was also rewarding, he loved putting people to work and helping clients creatively solve their problems. However, his personal sales style was never considered industry best practice, regardless success followed. After 13 years, the time came to redefine himself again and the decision to turn his personal industry best practice into a platform resulted in The Agency and the CadreSpirit Initiative.

In the spirit of other Memphis innovators, CadreSpirit is a completely new concept in the staffing industry. There is a “secret sauce” and we can’t wait to share it Memphis!

What People Are Saying About Cadre

Scott is a people person who gets along well with those he interacts with which leads to more future engagements with clients and not just one-time placements with clients or job seekers. I cannot recommend Scott enough as a recruiter who will help grow a business due to the relationships, he has already developed in this industry that have remained constant. This gives him a huge advantage over recruiters doing cold calls or single placements because they are the cheapest resource. I simply cannot recommend Scott enough as someone who will find the right fit for the business and job seeker.

Scott is not just your average recruiter. He is a recruiter who gets to know the people he is placing. I have known Scott for around 15 years, and he has placed me in several positions over the years. His ability to determine the client’s true needs, not just what they are saying they need, and place the appropriate candidate in the position is better than anyone else I have encountered while seeking both full time and contract work over the years.

I have worked with Scott for more than 15 years. He asserts expansive experience and aptitude for recruitment services. I have dealt with numerous recruiting organizations and ultimately committed to an exclusive engagement with Scott based on his expert placement performance. He is highly capable of evaluating candidates that are the best fit for a position as well as truly understanding client requirements. He manages expectations superbly and his communication style is transparent, timely and effective.

Over the last 8 years, Scott has been directly responsible for over 30 placements on my team. I maintained a retention rate of over 97% and over 57% of my current staff was provided by Scott. We developed a true partnership. Scott knows and understands, promotes our culture and values, communicates to potential candidates and identifies the best talent for us. Having now opened his own agency which reflects his brand of staffing we are now a CadreSpirit partner.

In 2010 I was tasked with building a Network Operations team in Germantown, TN. For two years we tried various resources including job postings with various vendors, social media and multiple local staffing agencies. My team and I struggled to find any acceptable solution and were frustrated. I met Scott in 2012 and that all changed. He quickly gained our trust and became our exclusive staffing resource.

Browse current openings to find one that’s right for you.

Learn more about our passion for your success.